In the original work Werkman displays all the boldness of his language with a subtle trick: if he previously had used non typographical elements to enrich his palette of resources (see, for example, covers numbers 1, 2, 3 and 5 in which the central element is the mold of a door lock), this time he went a step further and used typographic elements in a sort of “wrong” way. Thereby, he printed the back cover with the back of the wood letters (oposite side which is normally used in letterpress printing). In the same way, in one of the inside pages he does the same printing texture inking spacing furniture (elements that have a lower height than the type and that only porpouse is to generate white space between letters, words or paragraphs).

Used this way, typographic elements lose all meaning; they are transformed into simple blocks of different sizes and proportions that suggest textures, rhythms and cadences.

The proposed interpretation was the culmination of a job in which I rehearsed all possible combinations that occurred to me, using the non-printiable elements of typographic blocks to emphasize the sense of rhythm: combination of similar with different bodies, characters with similar or distinct widths, grouping elements on a regular or irregular way, using chromatic or achromatic elements, generating internal whites in the composition or not, etc.

The unpredictability of working with imperfect analog systems rounded out my study, as at the time of the first tests with what was going to be the final form, the usual height slight differences between some of the typographic pieces, produced an unexpected game of densities hinted in some cases, rather than the rectangular patch of the inked blocks, the grain of the wood itself appeared, in a sort of poetic affirmation of its own materiality. 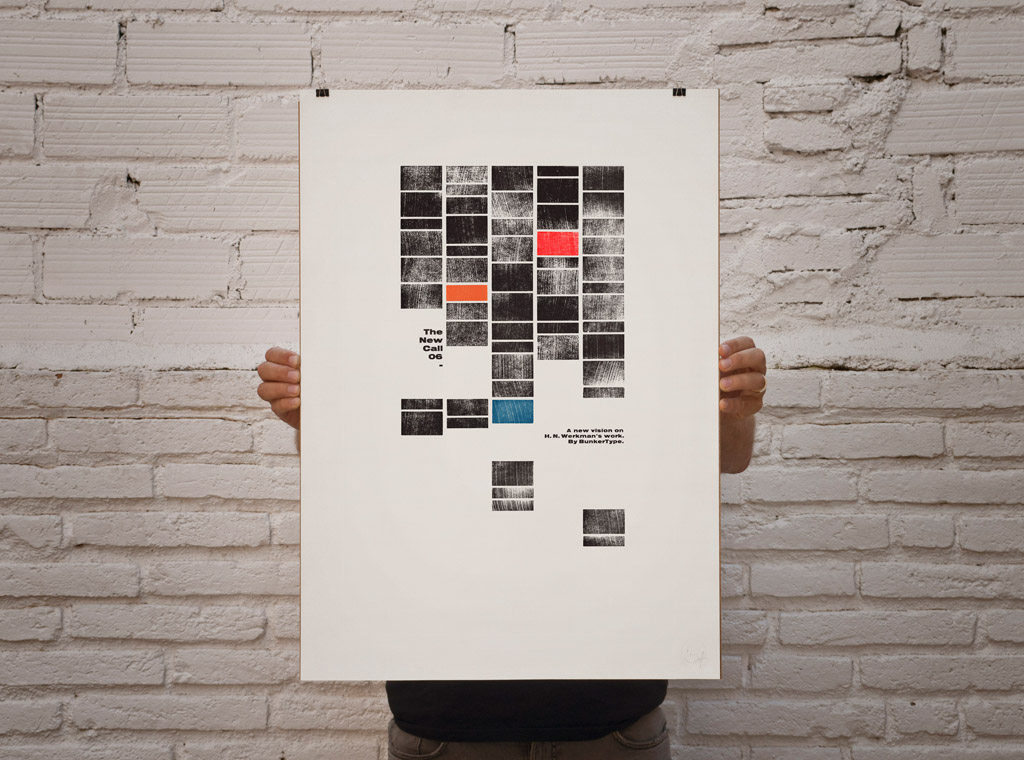 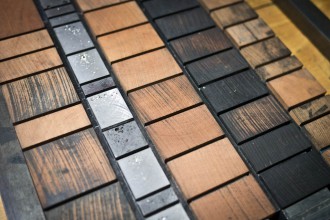 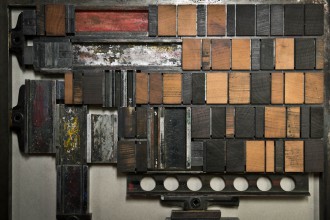 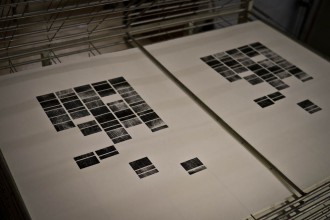 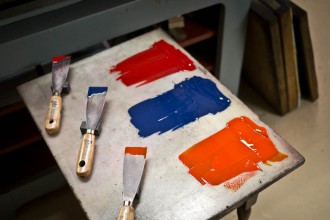 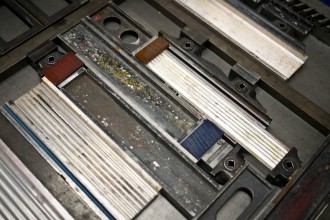 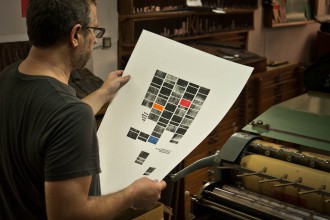 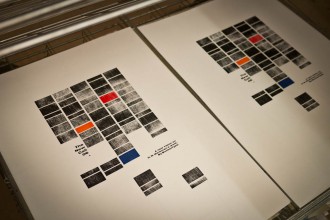 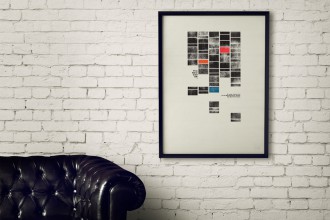