If I opened the collection of re-interpretations around Werkman’s magazine with the cover of the first issue as reference, it sees logical that the last page of the latest issue serve to close. Therefore, the interpretation that serves to complete the series uses the items that appear on the back cover (formally related to the cover of the original number) but combining them differently.

The change focuses on the colophon that Werkman used from the issue 5 which reads “H. N. Werkman. Lage der A 13, Groningen. Holland “(HN Werkman. Bottom of A’s River num. 13, Groningen. Netherlands), which came to replace the one mentioned before ” Travailleur&Cie” (see The New Call #02). In said composition the elements remain and their color codes too, but the hierarchical relationships and the placement vary, of a game of correlations between the original front / back cover and the suggested proposal.

Both central parts and elements in red, suggests a synthesis of those appearing in the front and the back. On the other hand, the title in italics (in which the author’s name stands out in an act of consideration) suggests the inclination of the original, but certainly, the key in the composition is the dialogue established between these blue blocks and the title, in a game of sizes and overlays that breaks the usual two-dimensionality of the other compositions suggesting a progressive depth (ranging from particle “hn” -in the lower level- to “werk” -in the upper level). 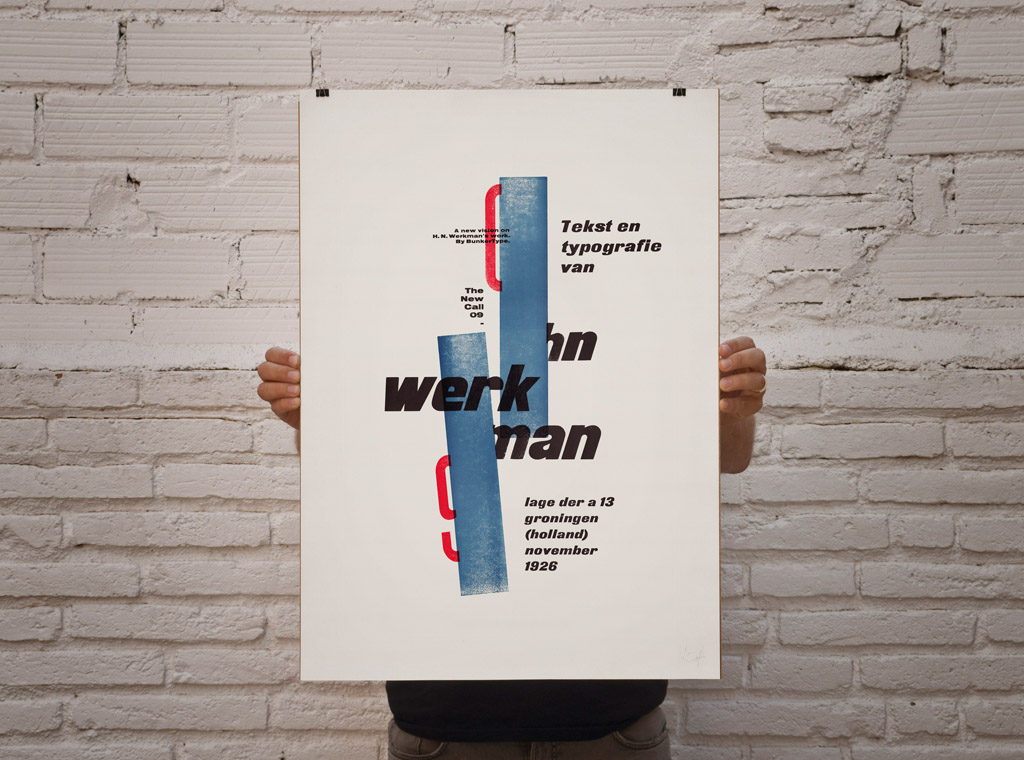 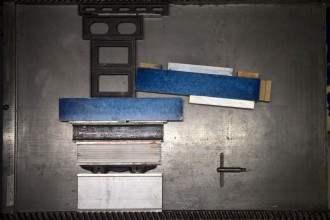 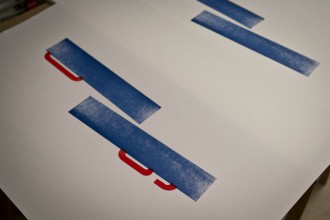 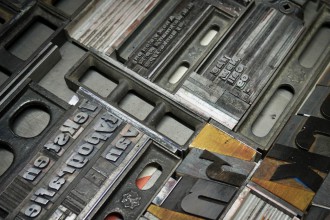 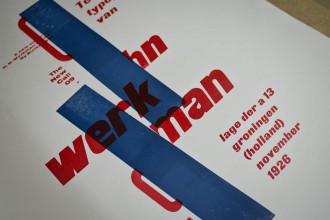 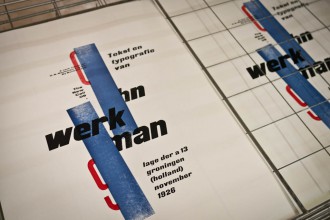 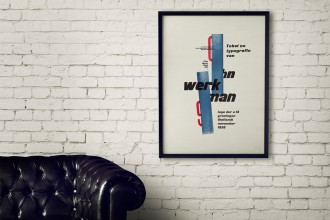