Released in January 1924, the third issue of the magazine The Next Call includes again in the cover a portion of an inked lock, this time in yellow. In it H.N. Werkman placed an engraving of Jan Wiegers with a fragment in german of the Walt Whitman’s poem, Song of the Open Road.

[ENG]
Allons! ¡Through struggles and wars!
The goal that was named cannot be countermanded.

This is probably the least expressive issue of the entire collection since, except for the cover, the rest of the pages contain more formally conventional texts, therefore the interpretation focuses on a kind of deconstruction of it.

Essentially all of the items that appear on the original issue are also shown in the proposal, although in a different hierarchical order. The original fragment of Walt Whitman and his two initials has been added, playing with the sign ambiguity, as it is not easy to see if their presence is purely plastic, makes reference to the initial that Werkman used in the past or have some locked symbolism. 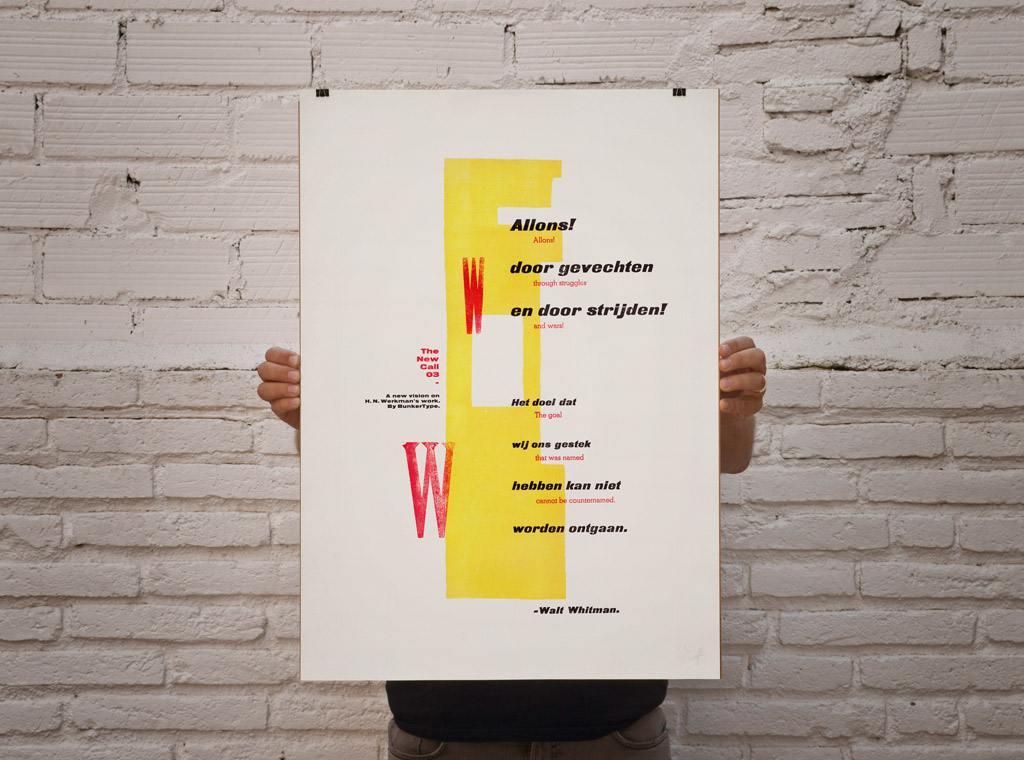 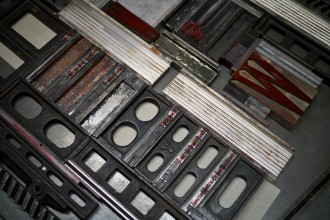 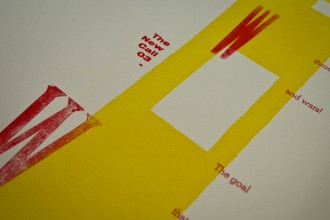 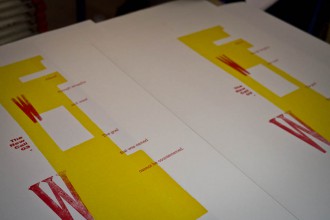 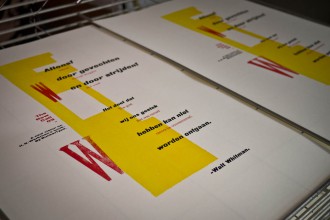 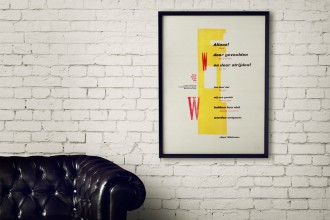