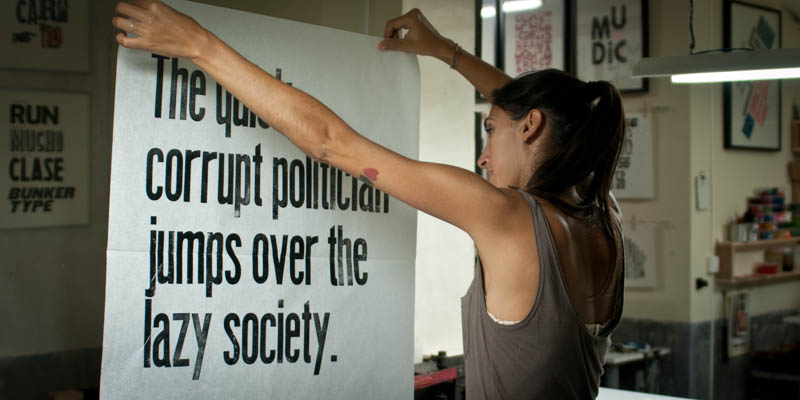 The quick corrupt politician jumps over the lazy society.

A while ago, one of my morning routines consited on letting me go without any target, throgout the huge amount of interent pages, more with the aim to find new containers than to digest new contents. It was thus, guided by chance, that I came across a version of the helpful pangram “The quick brown fox jumps over the lazy dog” which I really liked. 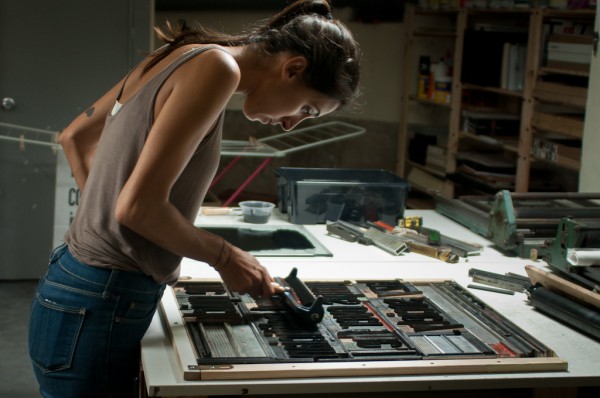 I must admit the difficulties on mantaining a kind of self-imposed“editorial line” in which only typographical related contents are allowed in my virtual alter ego as bunkerman (especially now a days where one has to make a huge effort not to start critizising the bunch of psychopathic swindlers that we have as leaders), so i think you might understand that i could not resist to  such proposal: at the umpteenth twist of the quoted pangram was praying “The quick corrupt politician jumps over the lazy society”. The metalinguistic character of the proposal made it viable for publication without braking my main rule, therefore I started to working on it. 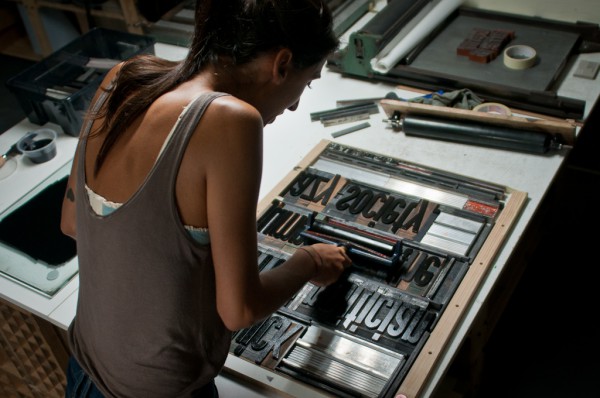 As I was versioning the phrase typographically, I started what clearly was meant to become a full-fledged journey: locate the author of the proposal in order to ask permission to use his phrase (as there was not any reference of the source of that image). Searching I ended up finding some links that lead me to a well known web  regarding  graphics which took me – after a couple of American websites, half a dozen English and many failed attemps- nothing more and nothing less  to p-a-r.net, the website of Iris and Lucia two former students that hold the P.A.R, study  of Barcelona, no more than 15 minutes walking distance from my workshop! 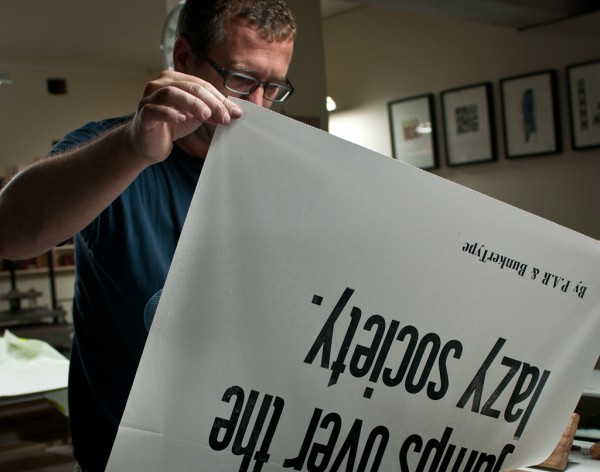 As could not be otherwise; i not only asked for permission to use their idea but taking the exhibition of Cultural and Political Posters held in the Festa del Grafisme as an excuse, I  asked them to join me in the printing process that these pictures are illustrating. Since last 26/04 you can see this poster and the rest of the exhibition in Visions showroom, Barcelona. 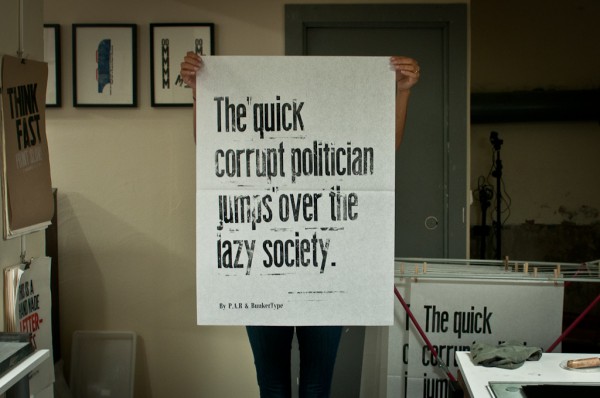 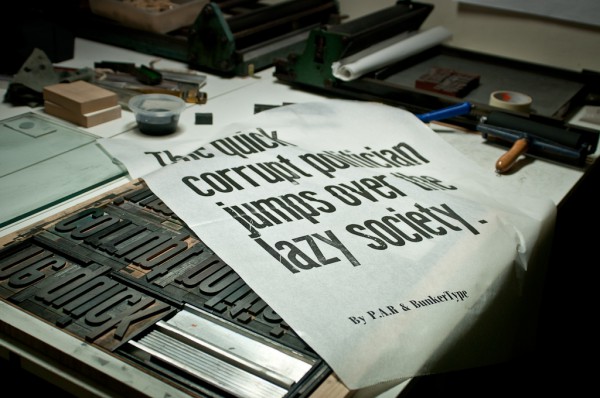