When I considered a project focused on the 90 years of Paul Renner’s typography, an initial question had me blocked for several weeks. What to do with Futura that hasn’t already been done in countless occasions? After several unsuccessful attempts, this very basic principle -and apparently obvious- gave me the solution: the geometric structure of capital letters was going to be the central axis of my proposal.

A composition in capital letters, essentially square or triangular, forms the background plane of the two proposals (on this occasion – and to guarantee the quality of the white – printed in silk-screen printing). In another reading plane, the main objective of the project appears: the celebration of the 90th anniversary of the launching of the typography by the Bauer foundry. In that plane the circular shapes are opposed to the previous plane. For this purpose, the initial versions of old style numbers which Renner drew, were used. Those designs were discarded at the time and never came to be produced in lead.

Finally, some of the versions of the lead typography that I have in BunkerType, especially in large sizes, serve as a counterpoint while at the same time they help to make visible the different versions and weights of which the whole typographic family consisted. 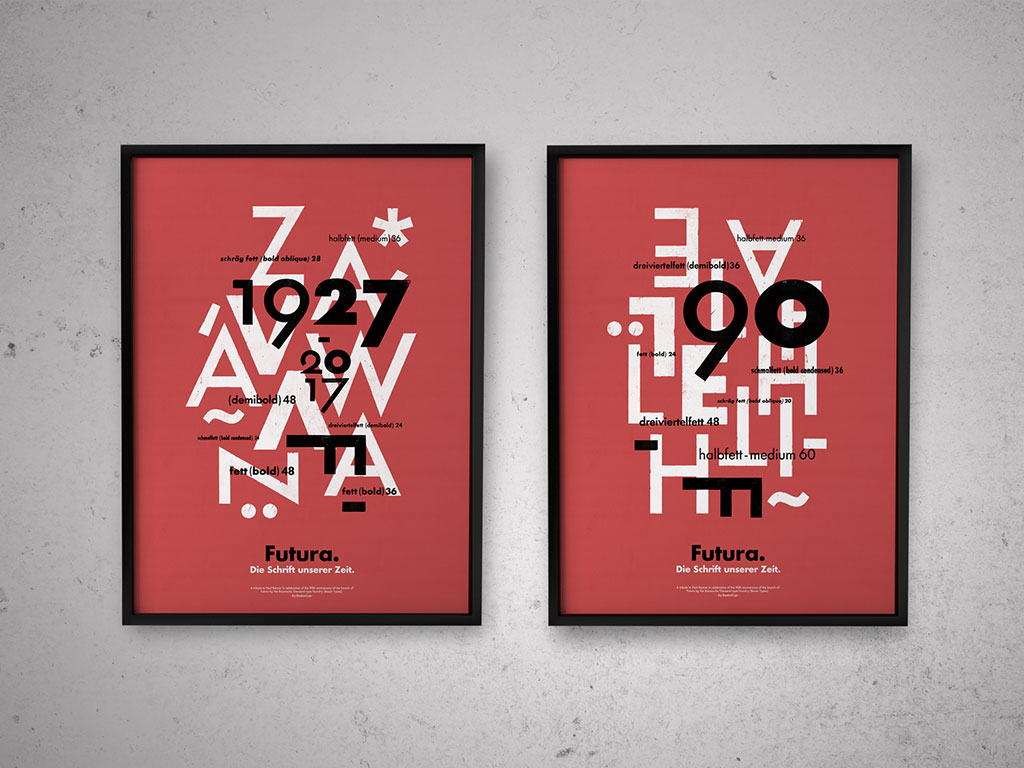 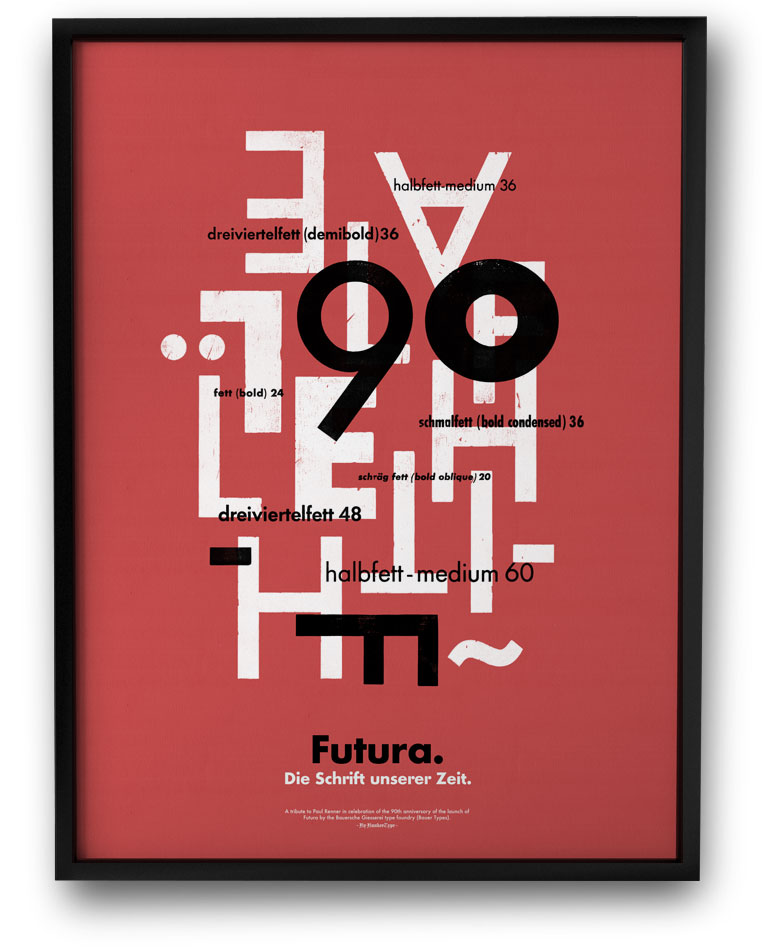 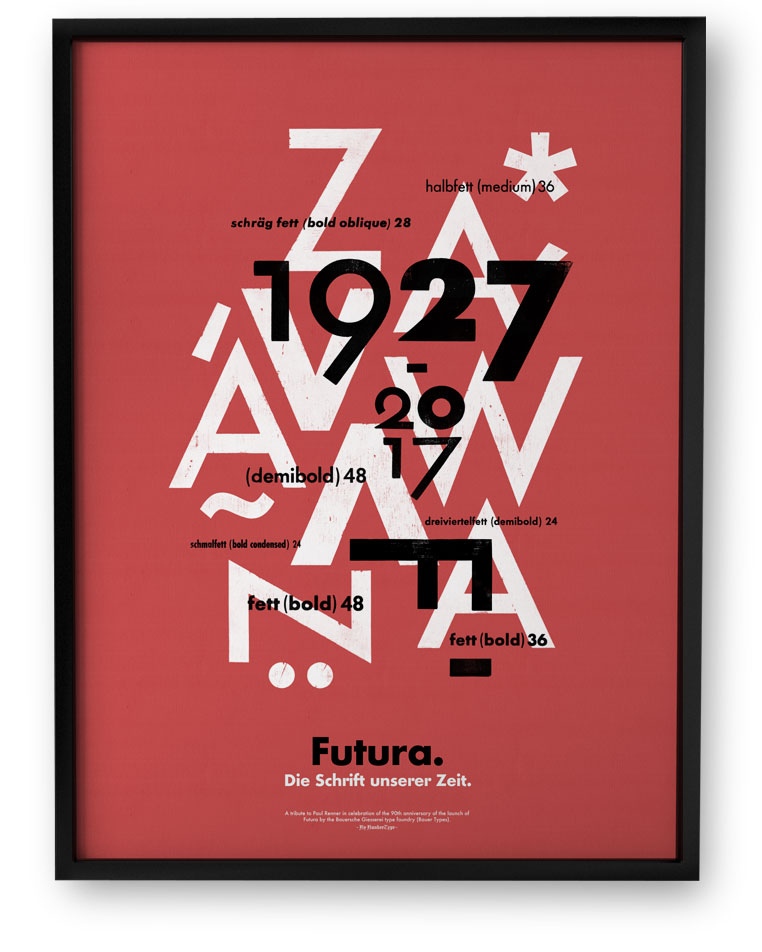 BunkerType online store gives the possibility to buy the compositions individually for 45 euros each, or to buy both compositions for 65 euros. At BunkerType webshop site you will also find previous projects, such as the one dedicated to H.N. Werkman (“The New Call”) or “Spain … is different”, based on the graphic language of the Gerd Artz. 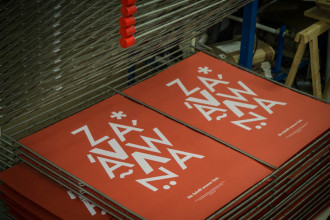 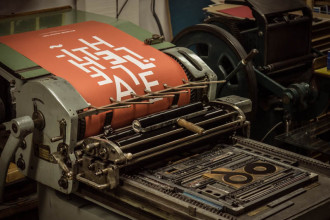 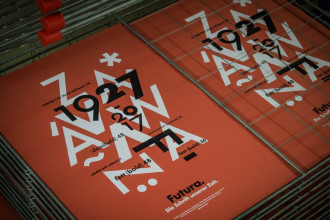 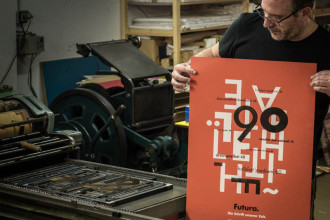