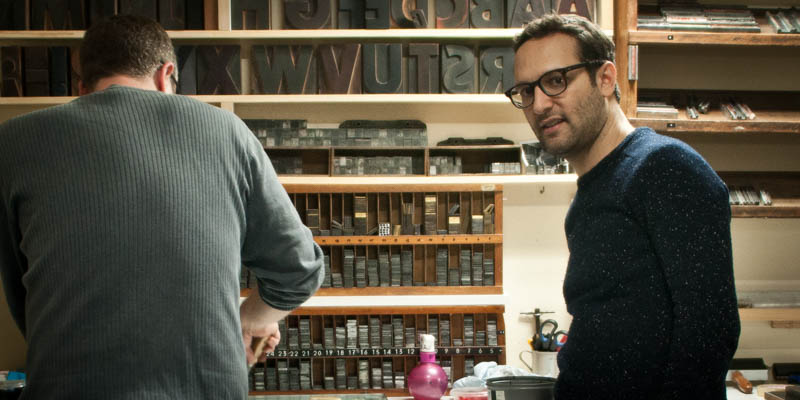 “I think almost everyone has had a good idea at some point, the difference is that some are crazy enough to believe that they can build it”.  That’s what Matías Corea thinks or at least is what he answered in an interview (published in La Vanguardia last 10/07/2014). Matías Corea is the co-founder of Behance, with whom -along with his partner Lindsay Aranoff- I had the pleasure of sharing some days of letters and ink at the rhythm of jazz, a few days ago at BunkerType. 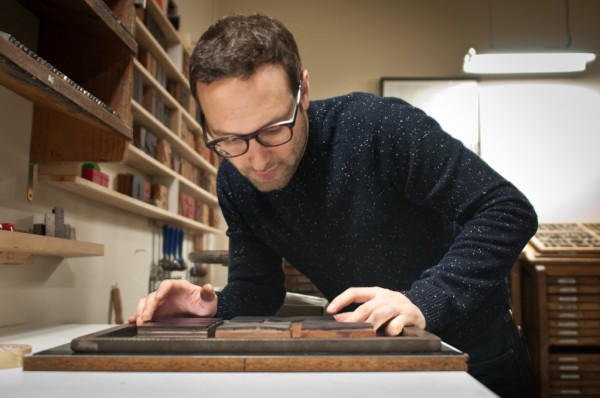 I must confess that when I first read the mail in which Matias suggested me the possibility of visiting BunkerType, my perplexity and amazement were such that I preferred not to inquire about his character. Then, I thought that the best way to introduce myself would be with spontaniety, so when I first met them I had a big shock: instead of the formally dressed middle aged man that I was expecting, who came out of the car was a guy just about its early thirties and with a look -if I may- perfectly normal. 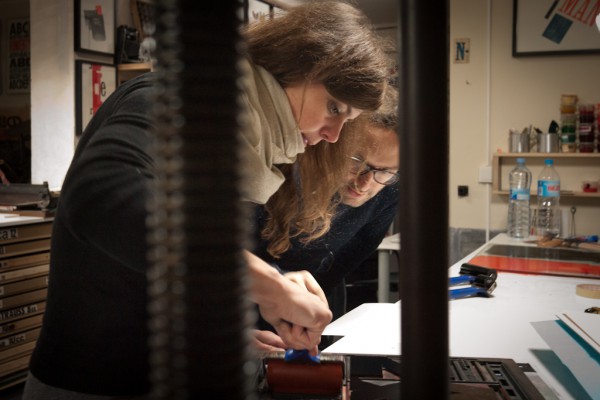 At first sight nothing indicated that he was the co-founder of what is probably the most influential startup in our field: Behance (with about 3.5 million users and some 2.4 billion page views per year), although few minutes were enough to realize that he have very clear ideas, perfectly tuned in its objectives as tenacious and stubborn in its resolution. 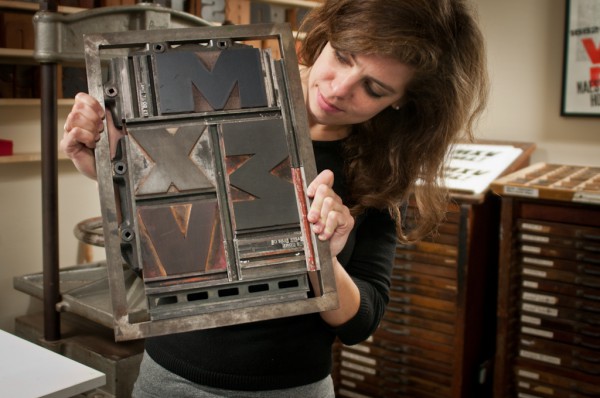 I also ignored that Matías was a graphic designer with a well recognized profesionanl career. Taking this into account, I decided that the most advisable way to start working would be  – once the basis of the tipographical language was explained and they were familiarized with the workshop – to set aside my professional background (as a teacher) and not to intrude too much in their ideas, so that both of them  could start working, as they pleased, in the design and the assemblage of the typographical composition …. (Although we know that at the end women are the ones who decide!)  ; ) 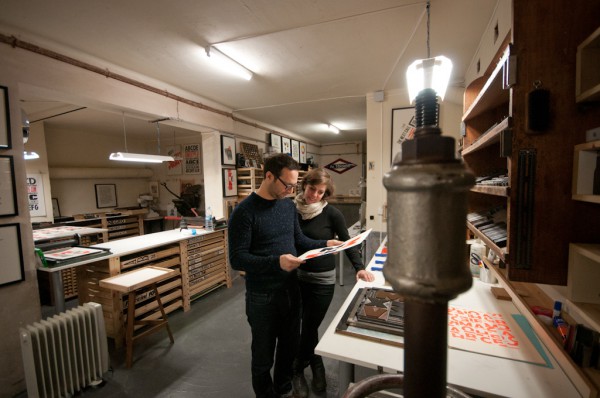 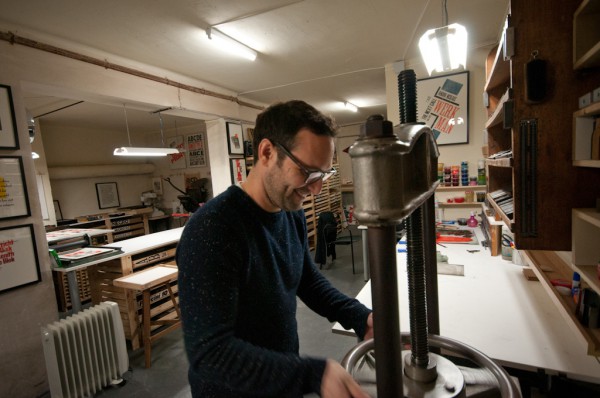 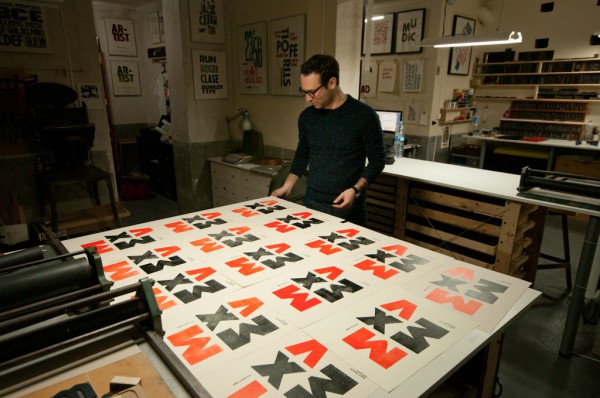 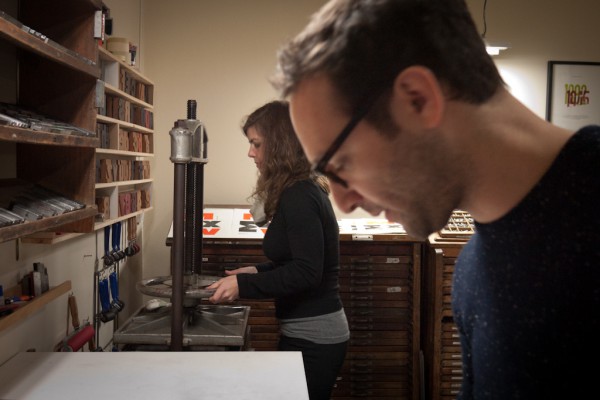 I would like to finish this post in the same way I started it, with a sentence that I find very inspirating that appears in the interview mentioned before  “The american dream is being ingenuous enough to belive that you can build any thing that you imagine. Sometimes we forget that all things we use daily have been created by normal people like us.” 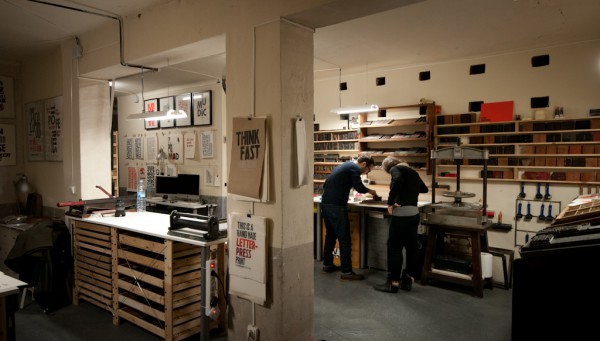 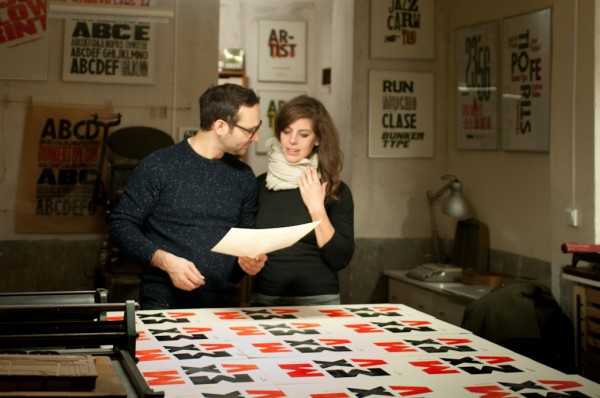