On the 3rd of February, the 550th anniversary of the death of Johannes Gutenberg was celebrated, which will be commemorated throughout 2018 with a multitude of events and exhibitions all over Europe around the figure of the brilliant German inventor. The Gutenberg Year kicked off in Barcelona on the 1st, 2nd and 3rd of February with different exhibitions, conferences and workshops that were attended by personalities of the stature of Erik Spiekermann, Alan Marshal, Pilar Vélez, Wolfgang Hartmann, Andreu Balius or Eduardo Manso -among others- and that closed with two workshops, one around the Gothic lyrics -directed by Iván Castro- and the other about mobile types which I had the pleasure to lead. Both workshops were held simultaneously at the BAU University Design Center. 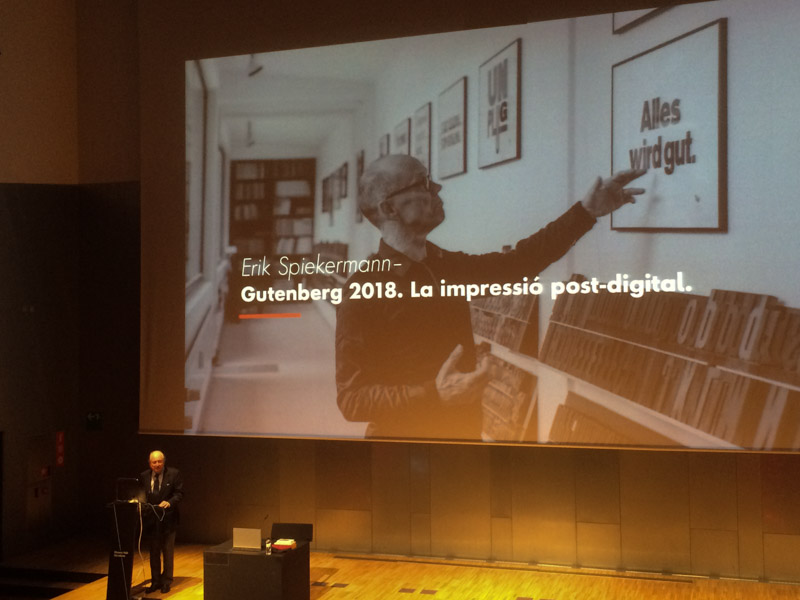 In this workshop we printed three totally different pieces that allowed us to use different techniques and printing methods. From something close to the vertical press used by Gutenberg himself, to stamping without any help but the manual pressure exerted with a simple hand roller. On the other hand, and considering the difficulty and slowness of the process, I thought it advisable to design the pieces to be assembled and printed beforehand.

First of all, and in order to avoid an unnecessary excess of formality, I considered an unusual support with which I had never worked before: a few simple coasters. From there and after a lot of suggestive evidence, but which had nothing to do with the honoree, it occurred to me –thanks to my rigidity and clumsiness with the languages (and therefore their pronunciation)– that “Gutenberg” could be broken down into two parts: “Guten” (=”good” in German) and “berg” (close to “beer”). What better way for a coaster to commemorate the figure of the German inventor than that?!! 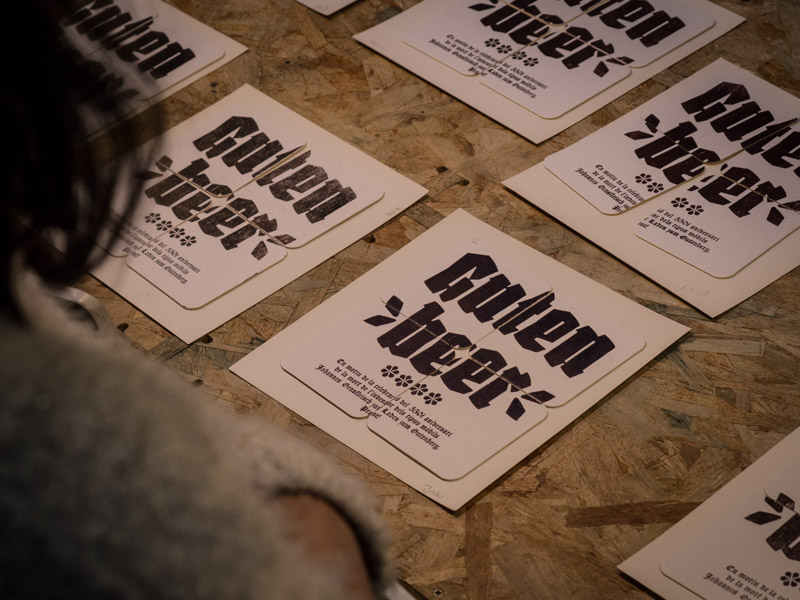 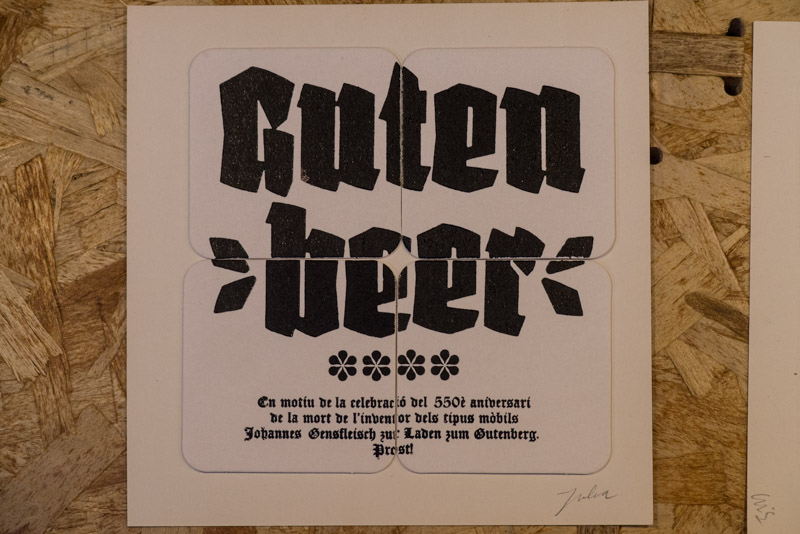 The Fakir typeface in its Blak Condensed version of Underware gave the perfect stain and tone, so I laser-cut it and mounted the different letters on a support to give them the relevant height and emulate the old wood types. Finally, a small text in Gothic lead letter with 16 points contextualized and gave meaning to the idea. 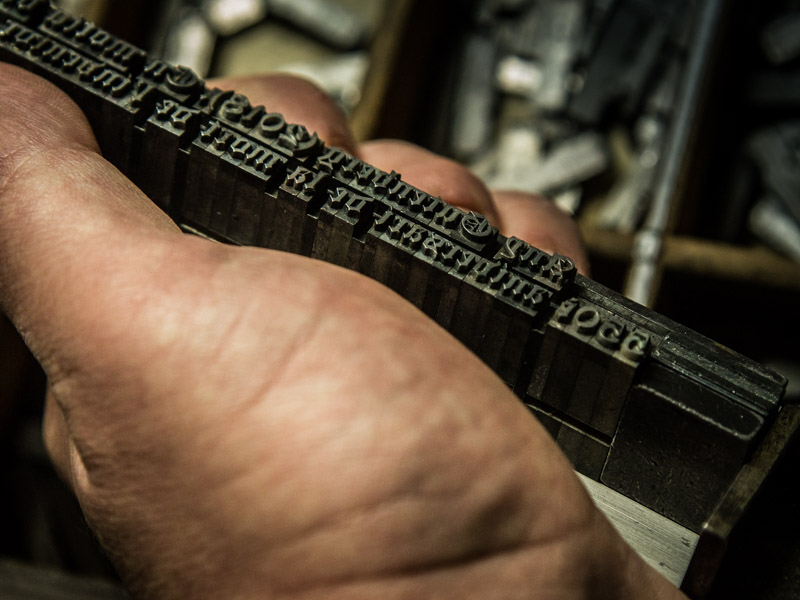 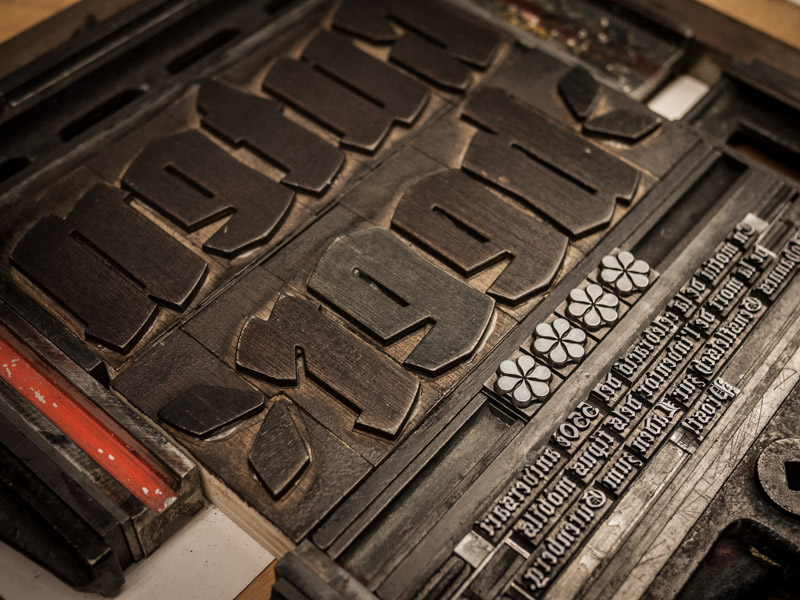